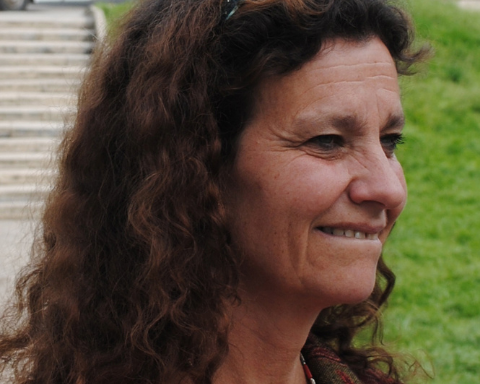 When Vartn af Godot premiered with YiddishRep in NYC, The New Yorker proclaimed that “Beckett’s play may finally have found its mother tongue”. Now Vartn af Godot will occupy the fine salons of Dramaten on November 13-14. In this session, actors Shane Baker and Michael Wex discuss the play with Abbe Schulman, Chairman of the Yiddish Society in Stockholm and Lizzie Oved Scheja, Executive Director of Judisk Kultur i Sverige, the driving forces behind the project, as well as Irena Kraus, dramaturge at Dramaten. Moderator: Sarah Schulman.

Irena Kraus is dramaturge at Dramaten and works as production dramaturge, where she works close with the directors. For many years in cooperation with Mats Ek. She processes texts and is also active as playwrite. Irena has written plays for, among others, Dramaten, Stockholms Stadsteater, Kungliga Operan (liberetto) and Göteborgs Stadsteater.